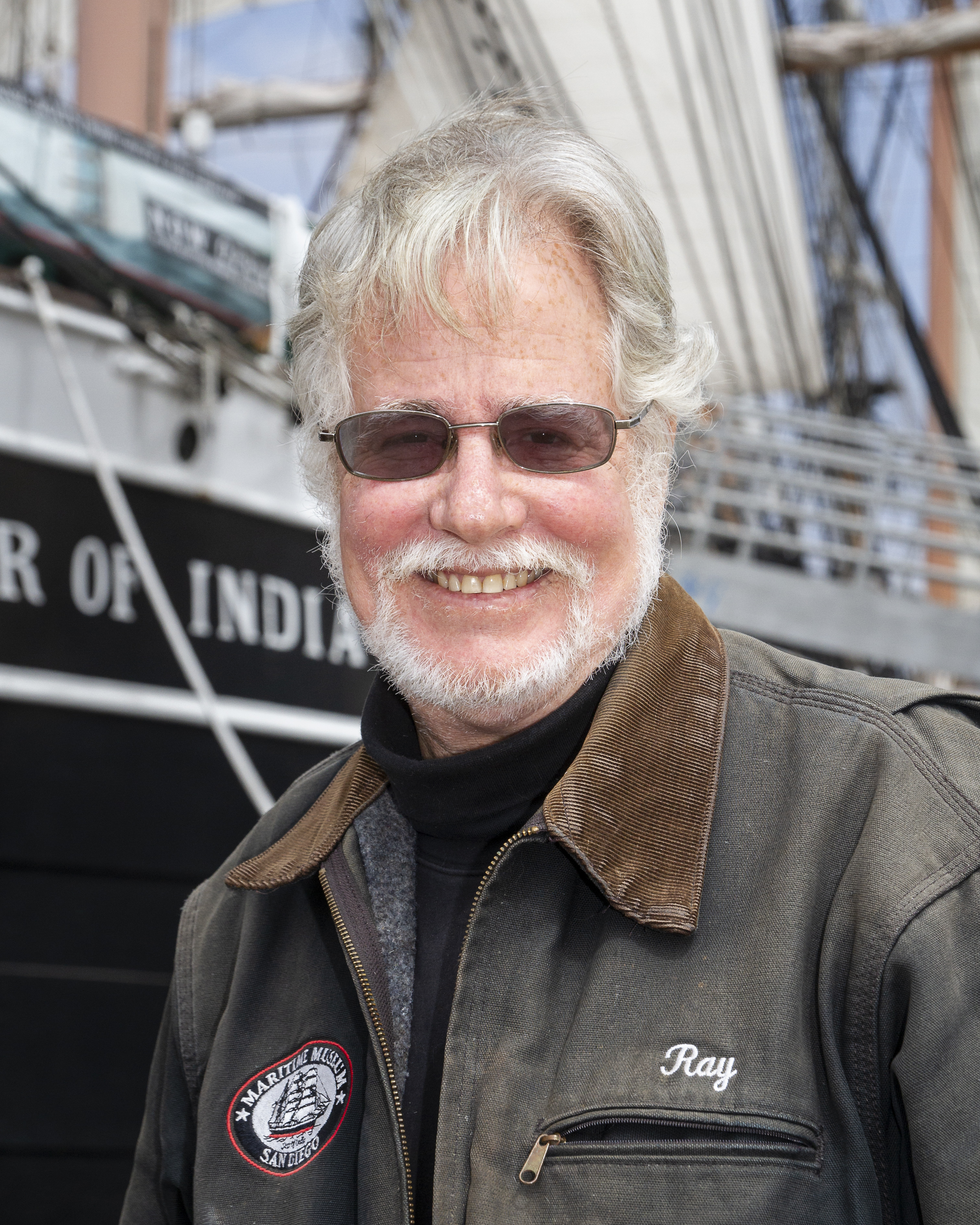 What was the idea/inspiration behind creating the Maritime Museum of San Diego, which has one of the largest collections of historic sea vessels in the United States?

The Maritime Museum of San Diego was originally found ed in 1927 by the San Diego Zoological Society when they brought the aged sailing ship Star of India to San Diego to serve as the centerpiece of a downtown aquarium on the bay. There was no intension in having a maritime museum at that time. However, the great depression ended plans for an aquarium in 1929 and from then until the late 1950’s the ship languished on the waterfront as a derelict until a sort of city beautiful restoration ethic kicked in and inspired restoring the ship as the city’s first large scale historic preservation project. This morphed into a maritime museum with the addition of two more ships in 1972 and then continued with the addition of seven more between 1995 and 2015.

Tell us about Museum's initiatives concerning education -- such as the MacMullen Library and Research Archives and the journal Mains'l Haul: A Journal of Pacific Maritime History?

They support and project the Museum’s mission. The library serves as a research resource and the Mains’l Haul as the Museum’s research product and is the only academic peer reviewed maritime history journal in the US. In addition to museum members, the publication is collected by hundreds of libraries and universities worldwide. Some issues have become the definitive basis for several areas of historical research that have since emerged as important themes.

This year The International Committee for Museums and Collections of Science and Technology (CIMUSET) which is a scientific committee of the International Council of Museums (ICOM  during its 48th #CIMUSET Annual Conference: “Museums & Environmental Concerns, New Insights” -7-11 November 2021, will address our planet's environmental concerns and how Science and Technology museums can approach and present this important issue via education and exhibitions. When did the Museum get involved in climate change and plastic pollution related issues and what programs has it instituted?

The Museum engages this subject matter through publications such as the Mains’l Haul issue on the “History of Oceanography,” exhibits, such as the Ansel Adams “Fragile Waters” photo exhibition, and support of projects such as “Project Kaisai” addressing the problem of plastics accumulation in oceanic gyres or David Rockefeller’s “One Ocean” project. We also incorporate presentations, exhibits, and projects about stewardship of the oceans with our large scale events such as Tall Ship “Festival of Sail” or “Festival of the Sea.”

In the last few decades, the degradation of our environment with increased global warming, melting of the arctic, pollution, increased carbon footprint, ozone layer depletion, natural resource depletion, loss of endangered species, urban sprawl have gone up at an alarming rate. The worldwide covid-19 pandemic has also added to plastic pollution stemming from single use plastic equipment that are dumped into our world's wetlands, oceans and landfills. Does the Museum have any plastic pollution related initiatives?

See the above. We were also the first institution to make the observation that the general public encounters the ocean first hand in formal presentations through two main channels: maritime museums and aquariums. In maritime museums, ships are presented across time as heroic avatars pitted against the sea as an implacable enemy. In aquariums, man is presented as the ever more implacable enemy subjecting the sea to unsustainable pressure, but with almost no historical or cultural reference as to how this happened. Unless we can find a way to bridge this seemingly insurmountable dichotomy, the future looks grim indeed. With that realization, it would seem imperative that aquariums and maritime museums come together, yet this has not happened.

Your Museum has gracefully participated in Tiredearth.com's #MASKUARY CAMPAIGN by publishing Semine Hazar’s Sea Watcher- Maskuary and Selva Ozelli’s Art in the Time of Corona art shows to  increase public awareness in dealing with plastic pollution caused by PPE.

Paintings from the #Maskuary Campaign art shows of artists Semine Hazar & Selva Ozelli were accepted for exhibition at the United Nation’s Oceans Day Art Gallery 2021. These artists were invited to a zoom opening ceremony where they presented their work at Oceanic Global on May 13: https://oceanic.global/projects/world-oceans-day-2021-art-gallery/.

Art in the Time of Corona by Selva Ozelli: https://www.youtube.com/watch?v=80dHapuUXDA

What partnerships does the Museum have?

How can people reach your Museum's exhibitions? Do you have digital reach?

Our website contains various forms and levels of engagement including digital renderings of exhibitions, publications, our own films and documentaries, teacher lesson plans, downloadable paper models, etc. The essence of a museum, however, is actual tactile encounters with historic artifacts and settings so our most important means of engagement remains individual visitors, guests we take to sea on historic ships, and our students from a wide spectrum of educational programs.

Thank you for the opportunity to respond.

Tired Earth: An Interview with Janine O'Keeffe, Co-founder of the international Fridays For Future

Tired Earth: An Interview with Viviane Gosselin, Director of Collections and Exhibitions of the Museum of Vancouver

Tired Earth: An Interview with Ingmar Rentzhog, Founder of We Don't Have Time