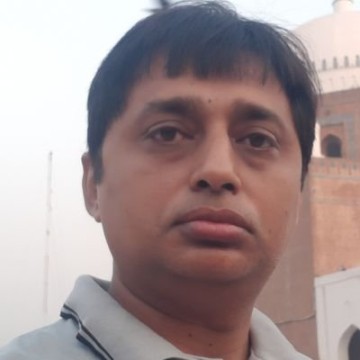 This interview was conducted by Sara Sanchez

Does climate change affect your country?

As per Global Climate Risk Index published by non-profit group Germanwatch, Pakistan is the world's eighth most climate change affected country nowadays. The South Asian country has also remained vulnerable to climate change in the last two decades or so.

Even though Pakistan does not come in the major environmental polluters countries list, however climate change has brought massive weather pattern change ultimately leading to cultivation pattern change and reduction of yield to this nation that houses 207 million people.

How do people fight this problem? Is there an active forum in this country?

The Pakistan government has established climate related ministries and departments both on federal and provincial level; and introduced some relevant legislation, but it is widely believed that a lot needs to be done to combat climate change, especially in context of the level of challenge it is facing.

Government’s vacuum towards insufficient steps towards climate change brings the load to non-governmental organizations (NGOs) who are doing work on adaptation and mitigation.

Recently some social media groups have also popped up highlighting mostly on poor government infrastructure towards civic level environment issues such as sanitation and drainage.

However, at a large scale individual level not much is being done to fight climate change.

Do your culture and religion help people to fight climate change?

Islam directs its followers to guard the earth and calls humans Ashraful Makhluqat meaning man is the noblest of all creations. In the Quran - the holy book of Muslims - there are verses pertaining to the environment.

Despite Pakistan being an Islamic country however people from other religions also live here like Hinduism, Christianity and others. However, as per my understanding there is hardly any large-scale practice by religious scholars helping people to fight against “climate change” and using this terminology.

If I may translate lifestyle with culture, there is some sort of climate change adaptation at some places. For instance, at Indus Delta where River Indus meets Arabian Sea in Pakistan’s southern Sindh province locals construct raised wooden houses in order to combat hi tides.

Which Islamic countries are leading in the fight against climate change?

As world bears brunt of climate change majority Muslim are on frontline because of their geographical location which makes them to this phenomenon. Hence, generally speaking, Muslims countries too are fighting climate change like the rest of the world.

Do you believe in the unity of religions to fight this problem?

Historically religions have had influence on their followers. So if religions make a joint effort to fight against climate change it is expected it will leave a meaningful impact.